You are here:
Electrician in Sussex

Cabling zones exist to reduce the risk that you could accidentally cut or screw into an electrical cable when doing day to day jobs such as DIY or hanging pictures.

The cable zones exist as areas where concealed cables should be run so these are the areas to be avoided when drilling into walls.

Electrical cables should not be found outside of these zones however in many older (and some newer) properties they often are so this is something to be cautious of when chasing or chopping sections out of a wall.

For many reasons it’s useful to know where the safety zones are. If you are doing some of the first fix yourself by chasing out the walls you must ensure you keep to these zones. It’s also handy to know where the zones are if you are planning on drilling into a wall. Avoiding these zones will reduce your chances of accident or injury.

So which areas are the zones where the cables are run?

Generally, it’s much easier to run cables under the floor however this isn’t possible with a concrete floor which is why the safety zones are used to run the cables down to switches and sockets.

Cables can be run under wooden floors however there are some restrictions and there are rules about where you can notch and drill through a joist as any holes can weaken the joint. The cable must also be at least 50mm from the edges of the joist, effectively 50mm from the ceiling below or floor above.

Awareness of the safety cabling zones is in everyone’s best interest, especially to be considered when doing DIY involving drilling anything into a wall to avoid any accidents coming into contact with an electrical cable. 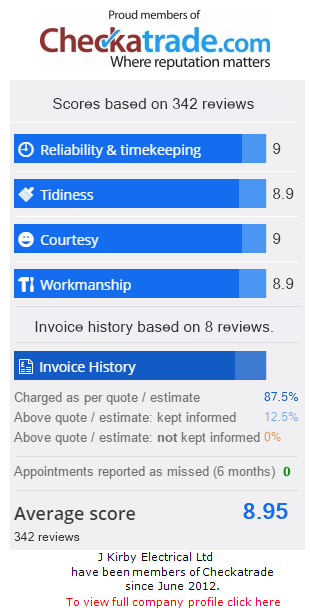